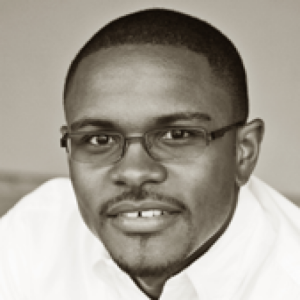 Hurricane Laura is set to make landfall on the Gulf of Mexico late Wednesday and Thursday.

Major airlines including Delta, United, American, Southwest and Spirit are issuing fee waivers for those traveling in the path of Hurricane Laura. The fee waivers will allow travelers to adjust their flight plan ahead of the storm without a charge.

As a result, airlines have already started canceling flights, with 408 flights to and from George Bush Intercontinental Airport in Houston on Wednesday morning already canceled, according to flight tracker FlightAware. There are already 190 flights canceled for Thursday, by which time the hurricane is expected to make landfall on the southeastern Texas or southwest Louisiana coasts.

At 7 a.m. EDT Wednesday, according to the National Weather Service, Laura had winds of 80 mph and satellite images showed an eye forming.The National Hurricane Center said to expect sustained winds of 75 mph and higher gusts well inland in western Louisiana and southeastern Texas, with widespread wind damage and power outages.

Passengers scheduled to fly on a Delta flight in the Gulf Coast area between Aug. 25 and Aug. 27 are eligible for a no-fee one-time flight change to be booked by Aug. 30 — rebooked travel must also take place by Aug. 30.

Travelers also have the option to receive a full credit to be used within a year of the original issue date for the unused ticket’s value.

Frontier passengers who were supposed to travel Aug. 24 through 27 and who booked by Aug. 23 can make one itinerary change (including origin and destination city) without incurring a fee. Travel must be completed by Sept. 3.

Passengers who were due to fly JetBlue between Aug. 26 and 27 and who booked by Aug. 25 can reschedule their flight through Sept. 1 without paying a change fee. They should update their itinerary in the Manage Flights section of the airline’s website.

Due to the weather and that scheduled flights may be delayed, canceled or diverted Southwest has given customers holding reservations under specific circumstances the option to rebook in the “original class of service” or on “standby” within two weeks of their original travel date between original origin and destination locations for no additional charge.
Dates and locations:

Spirit has also introduced “Flexible Travel Policies” for a certain set of travelers.Modification charge and fare difference will be waived for travelers booked on flights:

United passengers who booked their ticket by Aug. 24 and were scheduled to fly Aug. 26 or Aug. 27 in the Gulf Coast area can rebook to fly on or before Sept. 1 on the same itinerary in the same cabin.Airports included in the waiver: